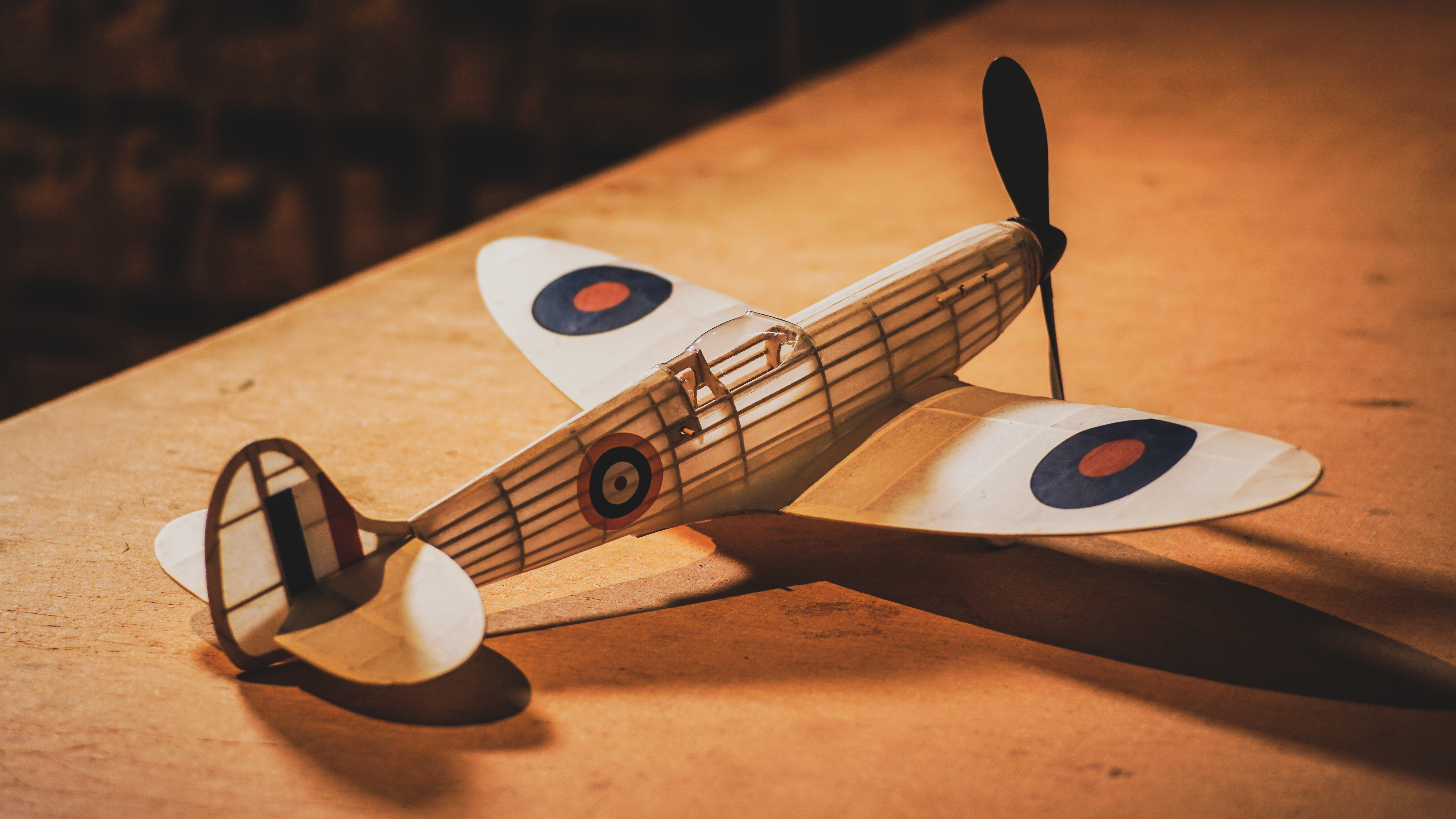 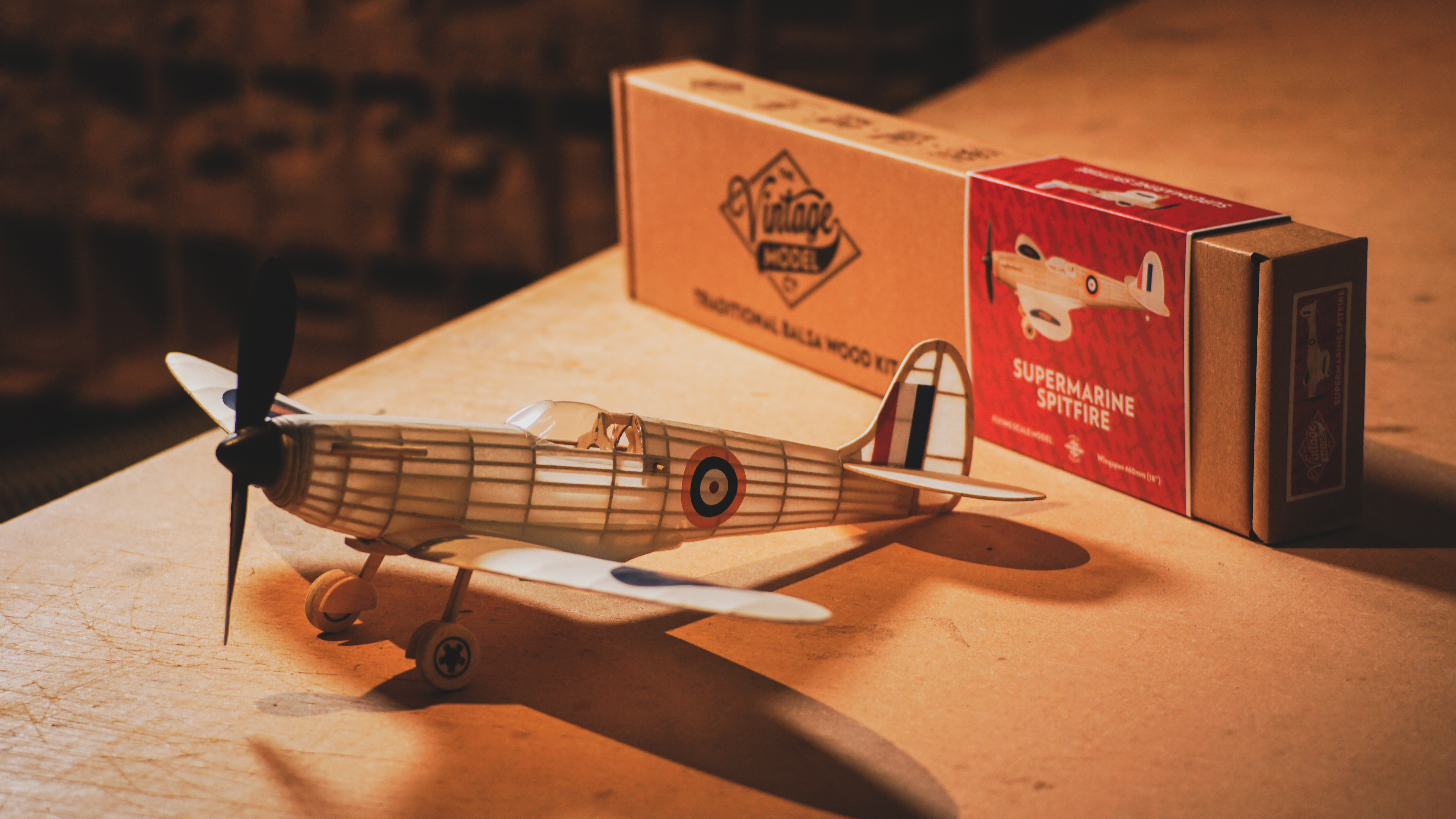 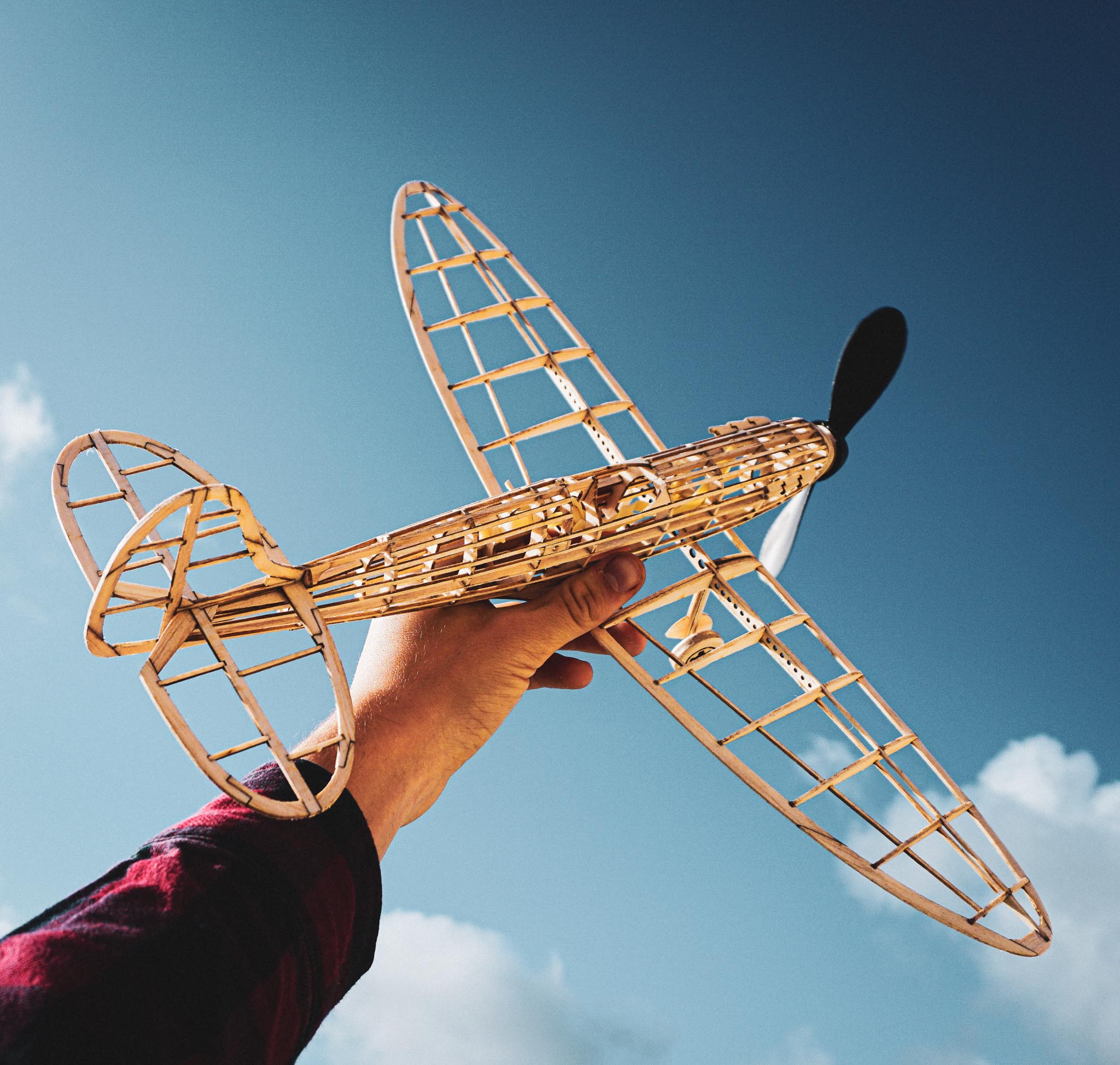 SUPERMARINE SPITFIRE – THE ONE AND ONLY

The Spitfire was designed by Reginald Mitchell of The Supermarine Aviation Works and is arguably the most elegant but deadly aircraft of World War 2. The beautiful fuselage curves, the distinctive elliptical wings, plus its legendary service in action, make it one of the most recognisable and loved aircraft in the world. The prototype first flew from Eastleigh Aerodrome, near Southampton, England in March 1936.

The Spitfire was an advanced aircraft when first designed and unlike its similarly Merlin-engined stablemate the Hawker Hurricane, used new complicated monocoque construction techniques. As a result of these complexities and production difficulties at Supermarine, the move from prototype to full production was slow and problematic. However, once this was overcome, the Spitfire was produced in huge numbers. This is in part due to the more advanced initial design, which was able to be constantly developed and improved to increase performance, ironically the very thing that hindered it in the early days.

Production only ceased in 1948, making it the only allied aircraft to be manufactured for the entirety of the war.

This kit is designed for you to build a traditionally constructed, rubber powered, free flight model of a Spitfire. The kit includes the materials (other than paints) to complete a spitfire with plain white covering, so you can decide to do your own favourite scheme.

Free flight means just that – once the model is launched, it is on its own. It must follow a predetermined flight path established when the model is initially adjusted for flight or “trimmed”. This type of traditional building technique and flying requires a degree of patience and skill, but is extremely rewarding. Typically for a small model and in the spirit of the traditional kits, profiles are simplified and adjusted from the original and a relatively large propeller is used. This is done so that the model is light and stable enough to fly on its own, is simple in construction and can work with the rubber motor. These adjustments have been done with care and sensitivity so that the shape and spirit of the original aircraft is preserved as much as possible.

Also in the spirit of the traditional kits, additional items required to build the model are things that can be found in the kitchen drawer or are easily available on the high street.

1 in stock (can be backordered)