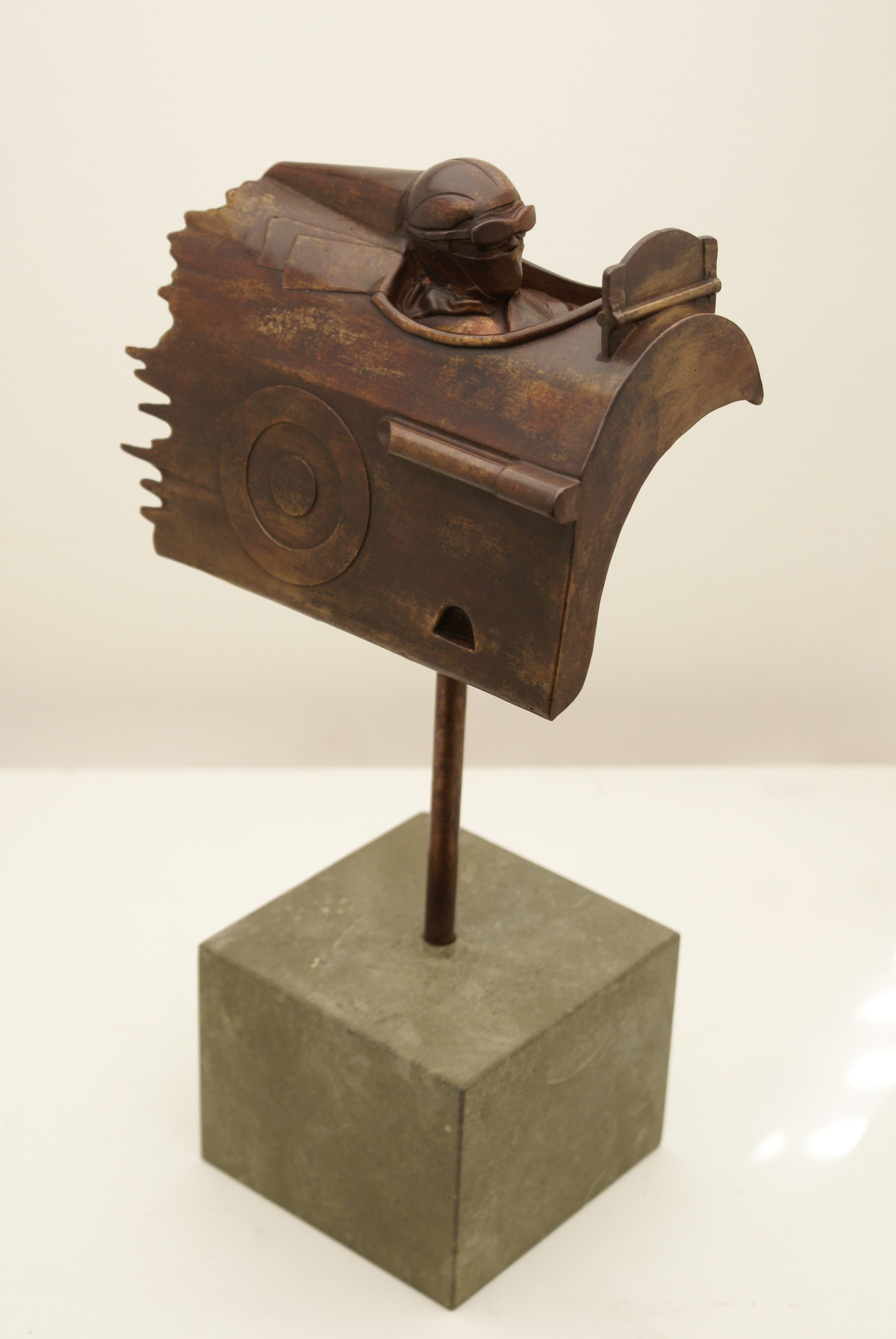 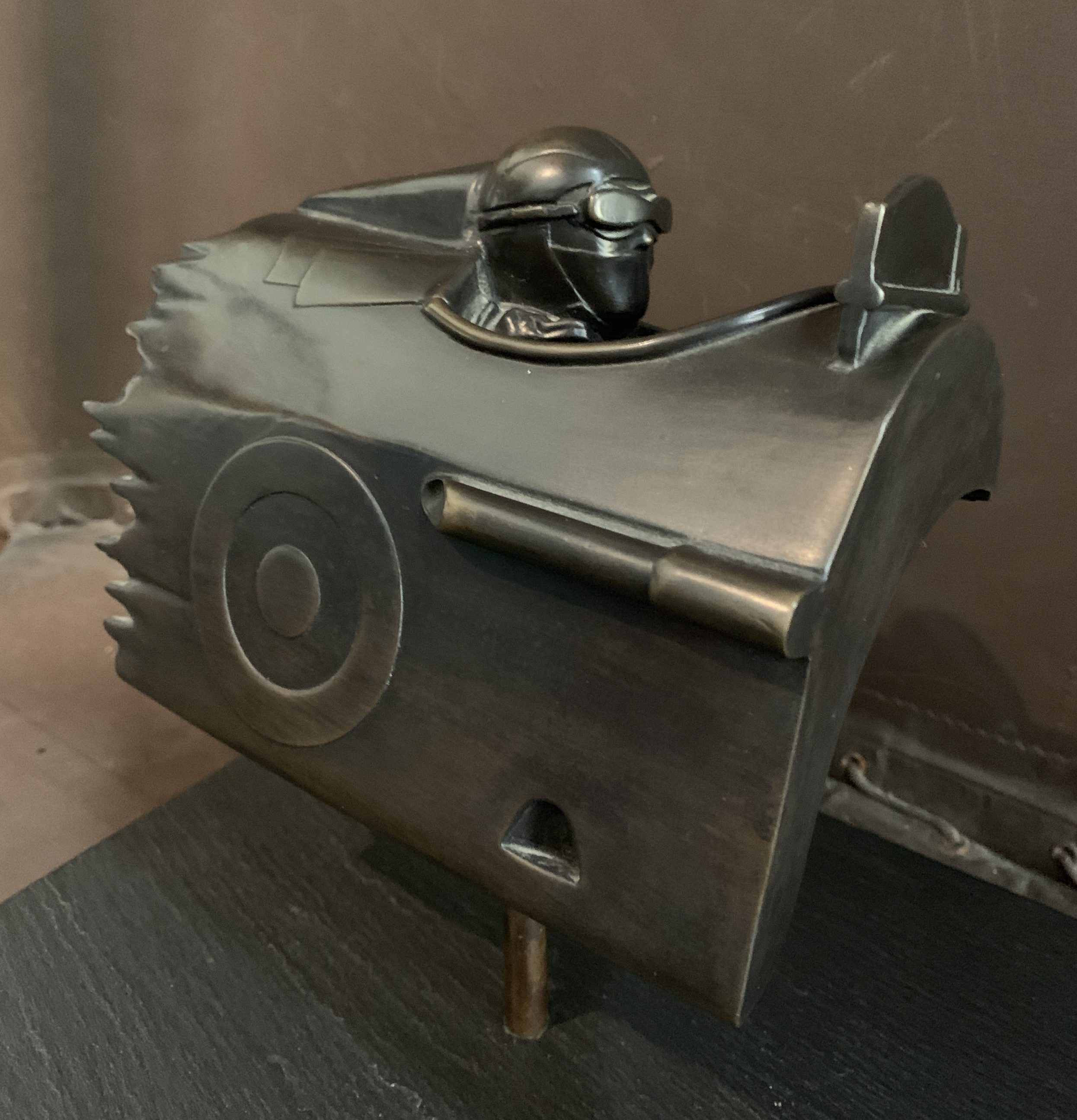 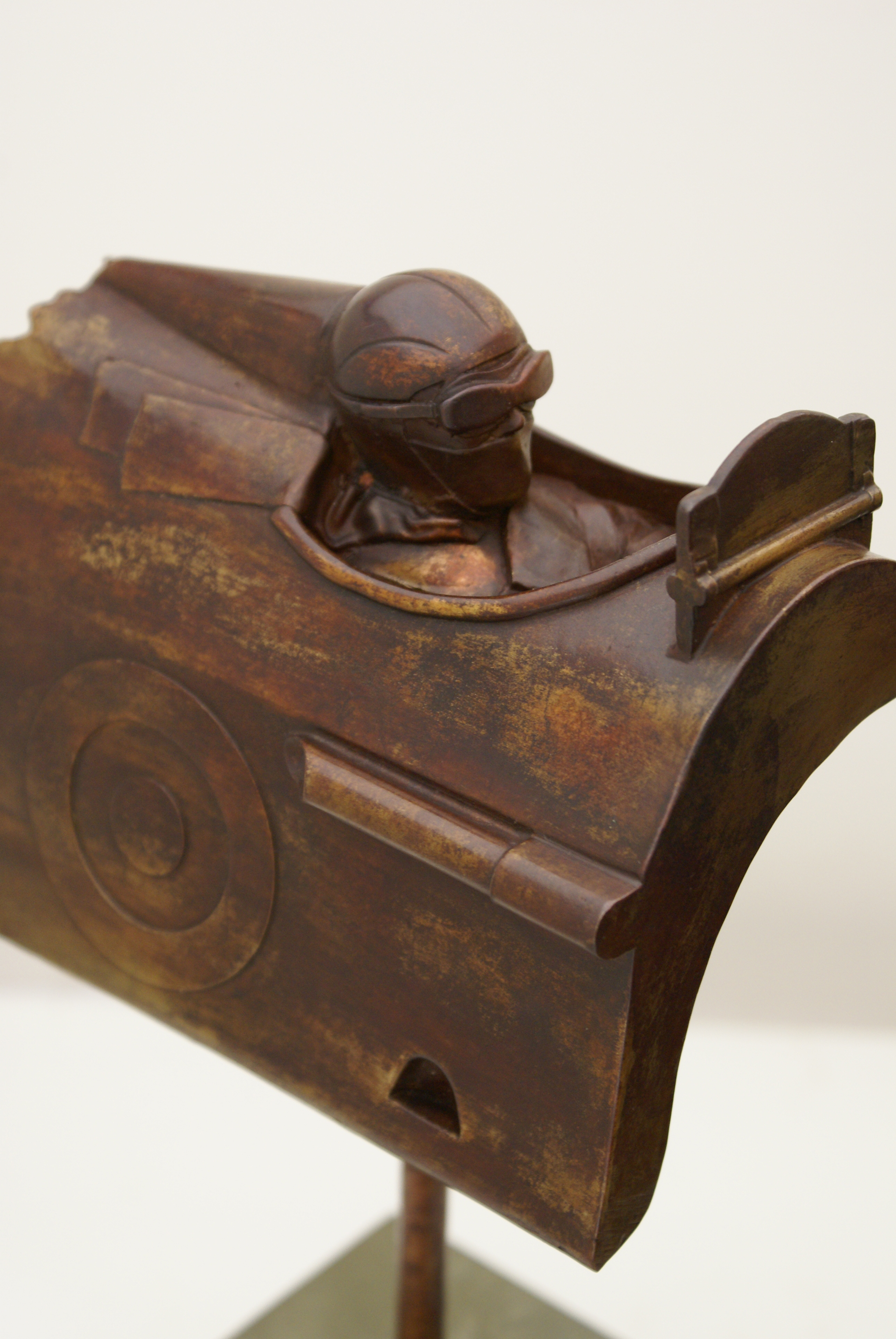 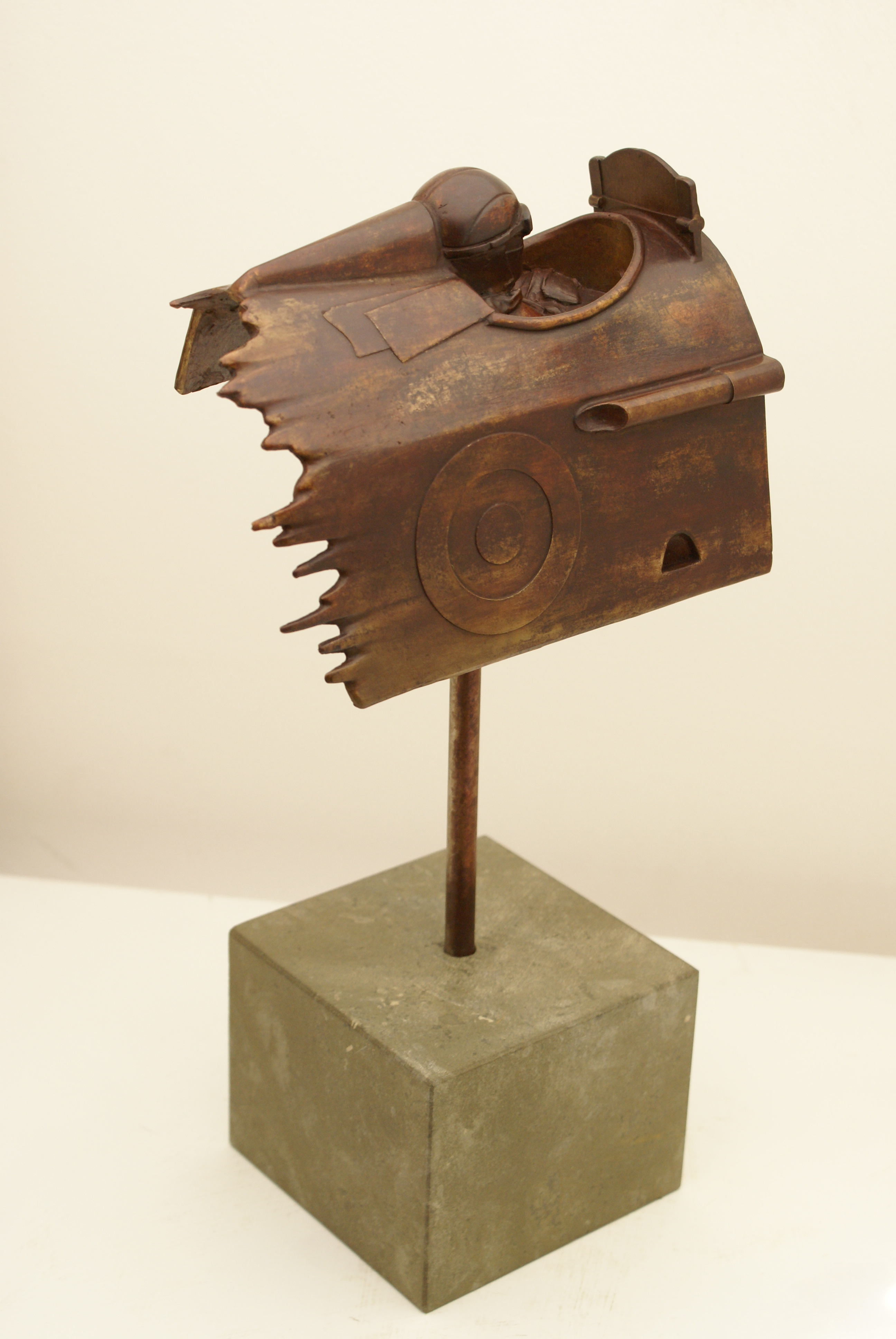 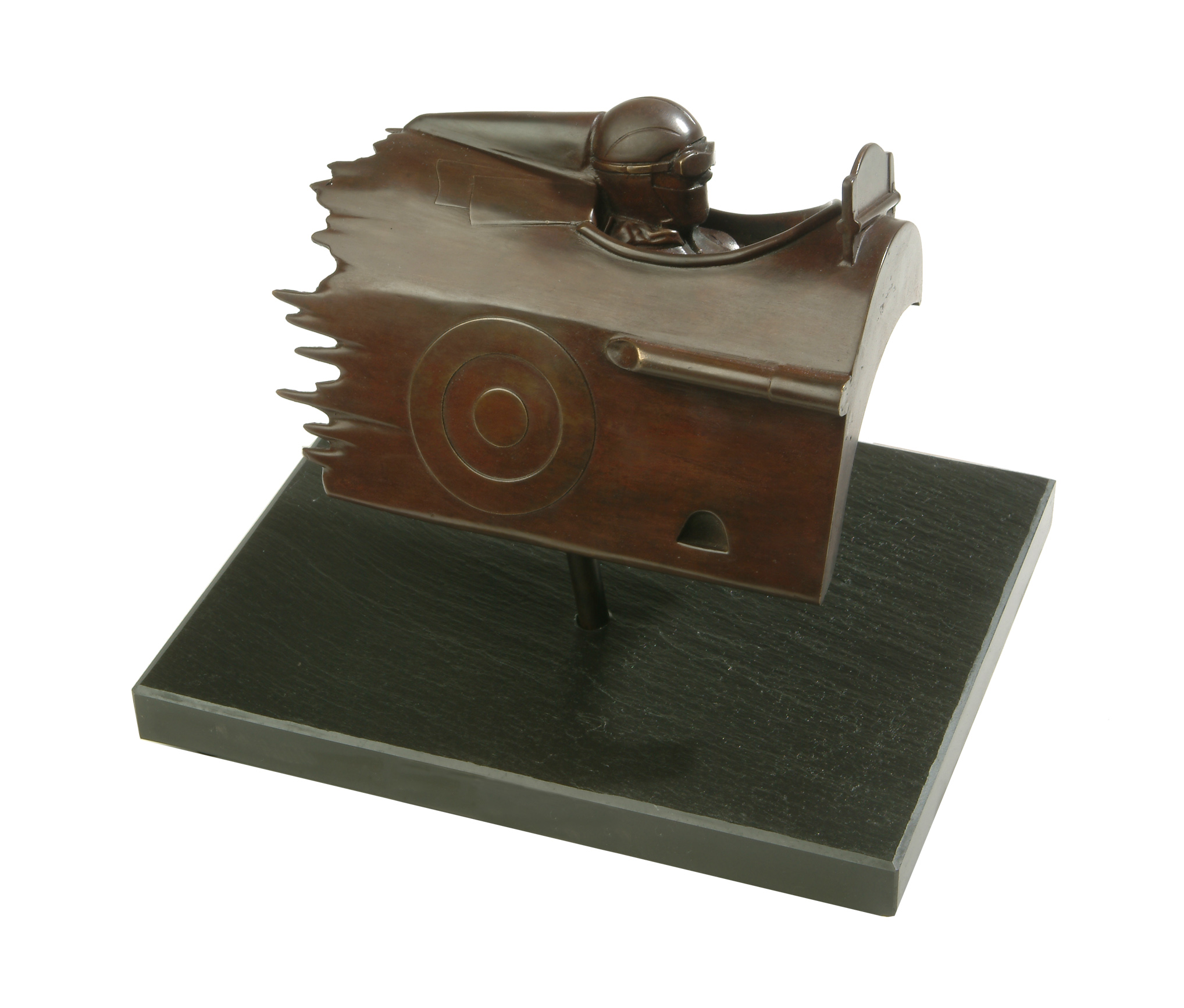 Knights of the sky

Albert Ball VC, DSO & 2 Bars, MC (14 August 1896 – 7 May 1917) was an exceptional English fighter pilot of the First World War. He was a recipient of the Victoria Cross, for gallantry “in the face of the enemy”, the highest award that can be earned by members of the British or Commonwealth armed forces. At the time of his death he was, with forty-four victories, the United Kingdom’s leading flying ace, and remained its fourth-highest scorer behind Edward Mannock, James McCudden, and George McElroy.

A special commision for Goodwood Aero Club as an award at the Vintage Fly-in Concours d’elegance (2008). The original is the result of 8 weeks work following the mould making process. The Earl of March was delighted with the sculpture.

Exhibited at the Guild of Aviation Artists annual exhibition 2009, The Mall Galleries london. Being the only sculpture offered and accepted, it was Highly commended for the Quantas Trophy and the Arthur Gibson Trophy.

Also available with Cotswold stone base.