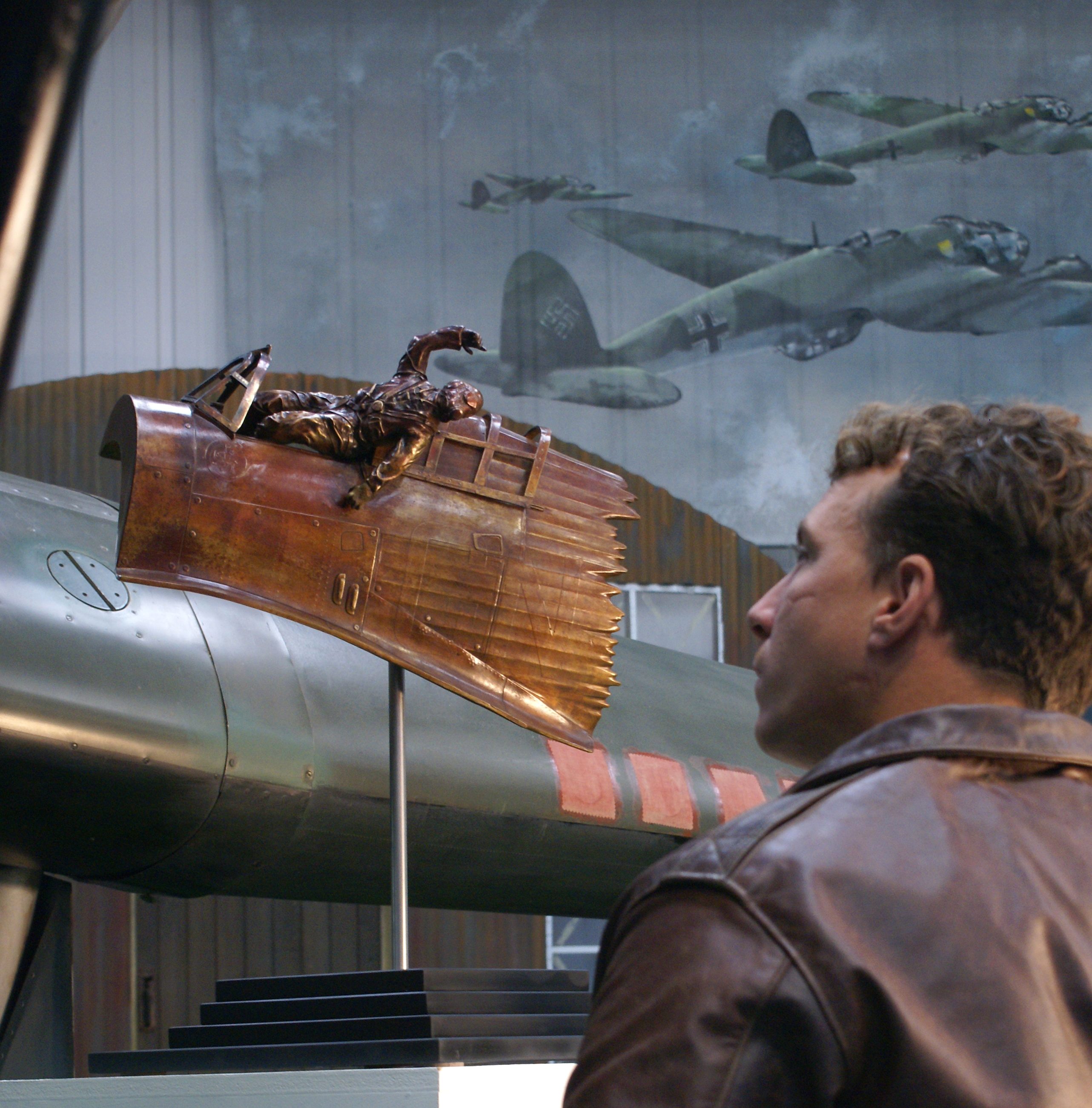 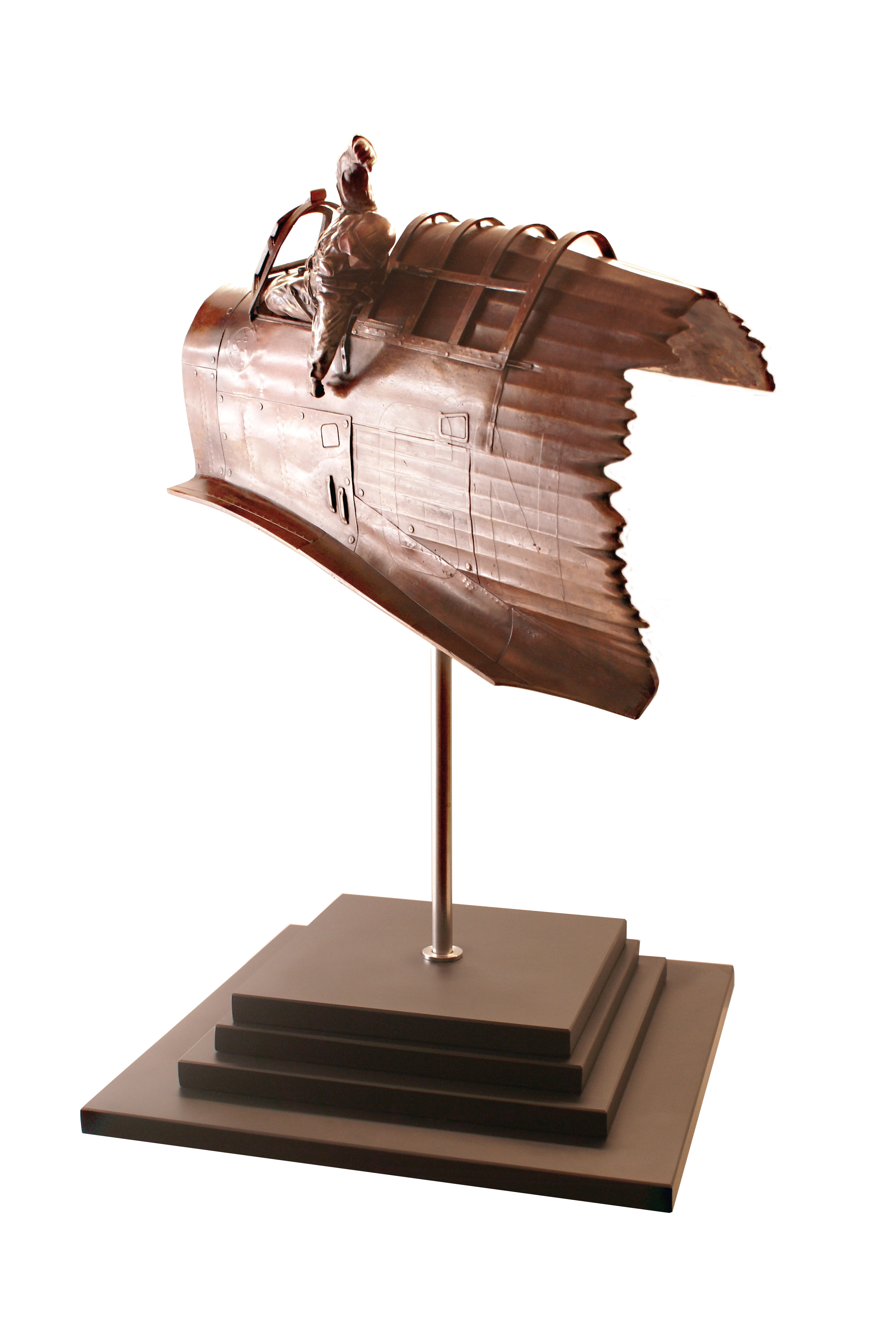 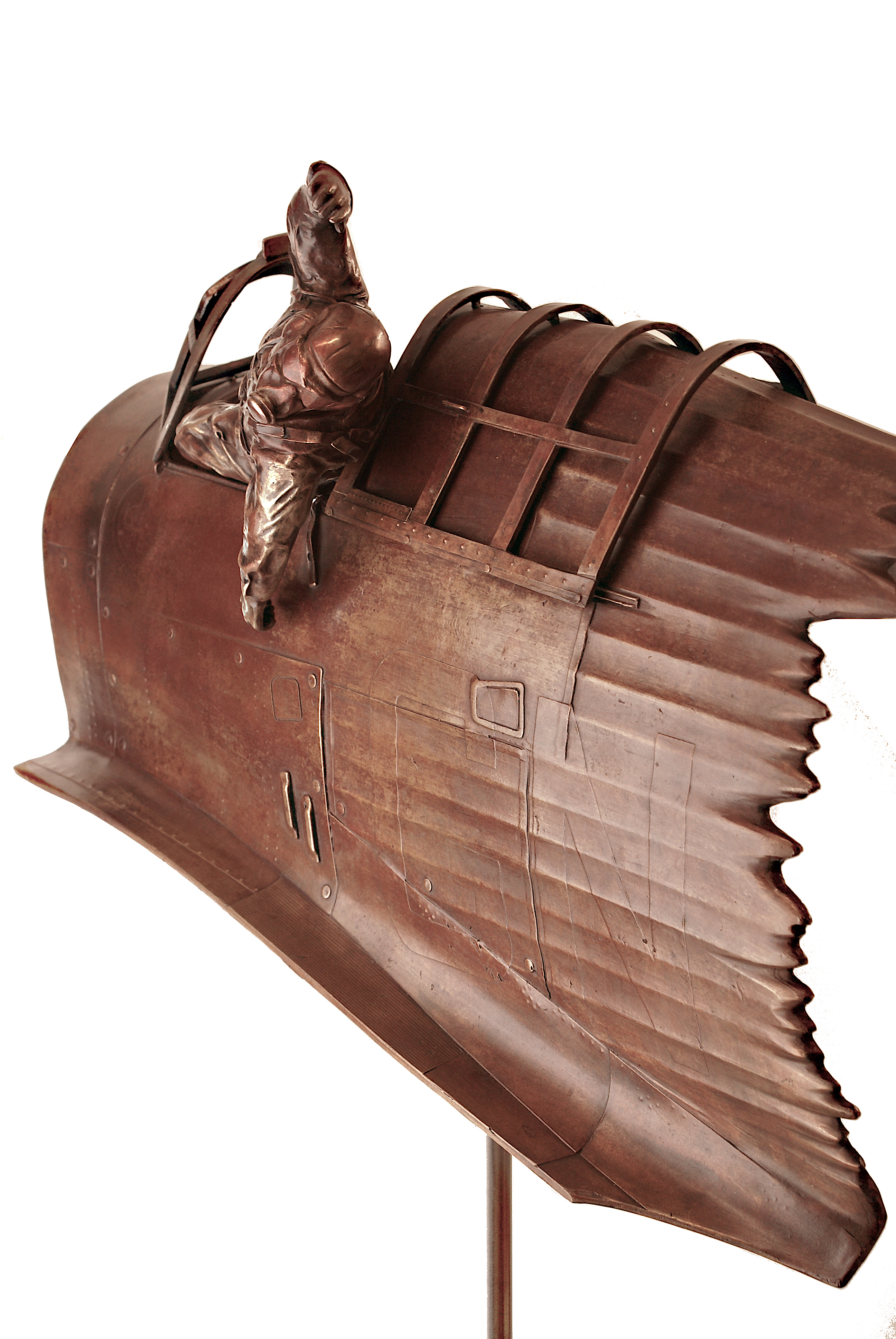 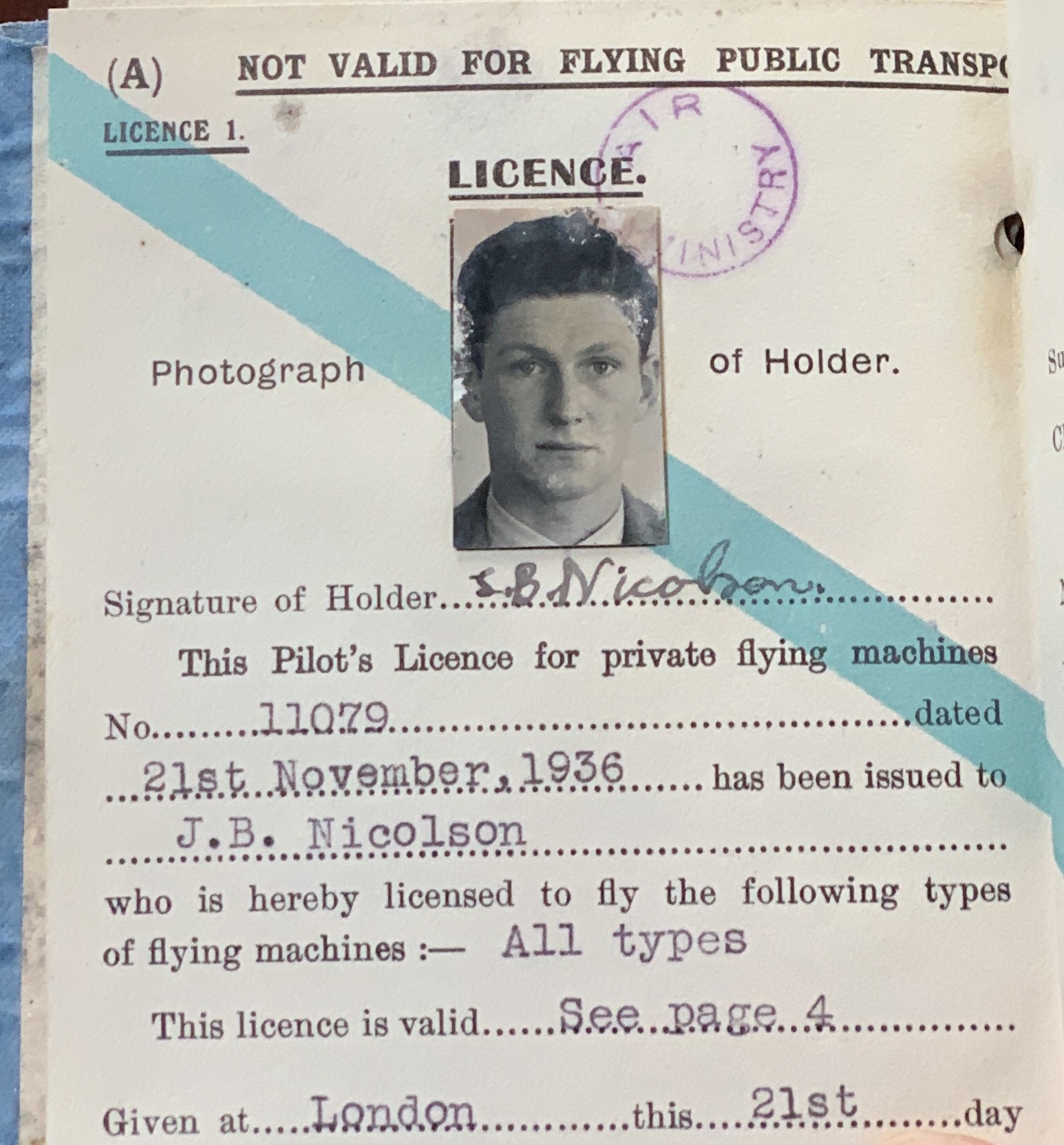 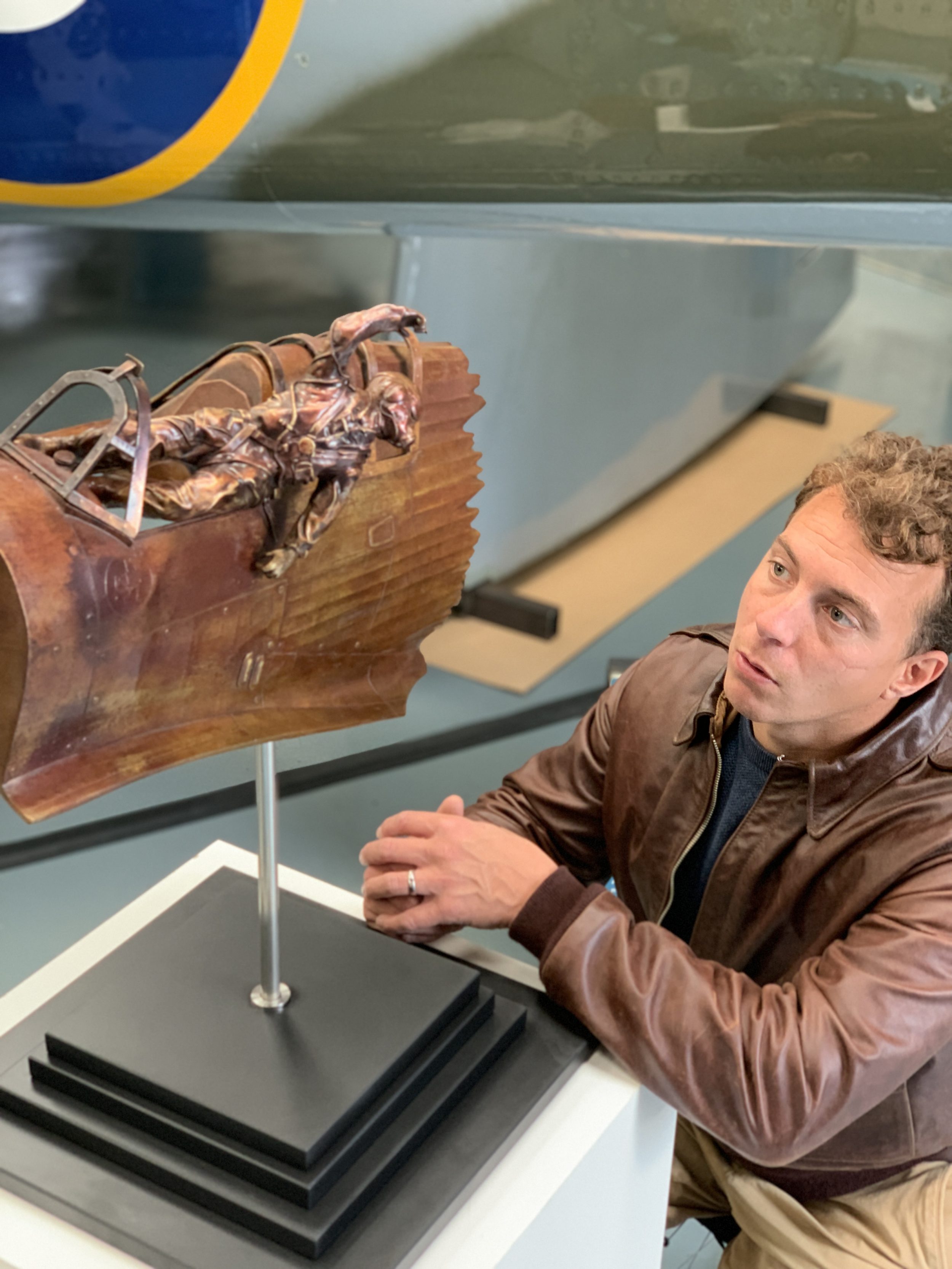 ‘For Valour’ is to date, Gregory Percivals greatest work, and the collections Flagship piece.

This well celebrated Associate of the guild of aviation artists has created ‘for Valour’ in tribute of Wing Commander Eric James Brindley Nicolson; Fighter commands only recipient of the Victoria Cross during World War II.

Nicolson was 23 years old and a flight lieutenant in No. 249 Squadron during the Second World War when he was awarded the Victoria Cross. On 16 August 1940 having departed RAF Boscombe Down near Southampton, Nicolson’s Hawker Hurricane was fired on by a Messerschmitt Bf 110, injuring the pilot in one eye and one foot. His engine was also damaged and the petrol tank set alight. As he struggled to leave the blazing machine he saw another Messerschmitt, and managing to get back into the bucket seat, pressed the firing button and continued firing until the enemy plane dived away to destruction. Not until then did he bail out, and he was able to open his parachute in time to land safely in a field. On his descent, he was fired on by members of the Home Guard, who ignored his cry of being a RAF pilot.

Nicholson survived the action, but was later killed on duty whilst serving in India in May 1945.

The sculpture is a 4 piece bronze casting which stands approx 80cm tall including the base. The section of the Hawker Hurricane is approx 60 cm long with the 30 cm figure of Flt lt Nicholson bailing out of his aircraft. The stone base is in four sections of stone bonded together with the bottom section being 40 cm square, a 15mm diameter rod sits into a stainless steel shaft which is attached to this base.

In researching the piece, Greg was granted privileged access to the aeroplanes, authentic issue pilots clothing, and the logs and licenses of wing commander Nicholson. To ensure Nicholson’s figure is as true to reality as possible, Greg himself attempted to recreate the body positions of a pilot ‘bailing out’ of a static display hurricane, then allowing for 200+ winds to fight against. This attention to detail and research is what has contributed to the drama of the piece being perfectly captured.

An Edition of 4 artist proofs with a regular edition limited to 25.

A substantial piece, this awe inspiring work will set presence in any home or office.